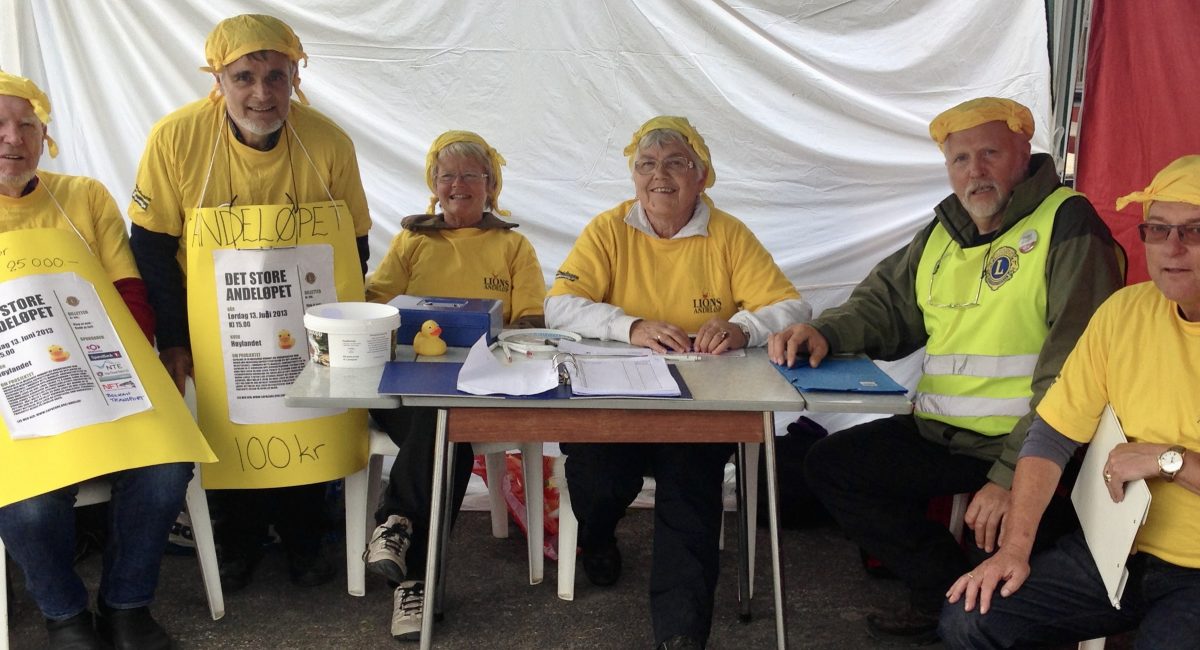 10 years of CapaCare – The fundraisers

It is now ten years since the first students started their journey in the Surgical Training Programme (STP) in Sierra Leone. This was the start of CapaCare providing training in [...]

It is now ten years since the first students started their journey in the Surgical Training Programme (STP) in Sierra Leone. This was the start of CapaCare providing training in life-saving surgical and obstetric skills. During 2021, we are reflecting on the last ten years by interviewing two people every month that have played an important role in the development of the organisation and programme. This month we interviewed Karstein Kjølstad and Bjørn Sætrom, two men from the Lions club in middle Norway that have been essential in raising funds in the first five years of the project.

How did you get in involved with CapaCare?

Karstein: I visited Håkon Bolkan, the founder of CapaCare in Sierra Leone when he was working there together with his wife Ellen Judith for Doctors without Borders. I was touched by the need of the people and impressed with the work they were doing. When Håkon shared his thoughts on setting up a surgical training programme during a hiking trip, I was immediately enthusiastic to assist. Being a member of the Inderøy Lions club, I assisted with putting on the agenda for our regional meeting.

Bjørn: During that time, I was responsible for international relations within Lions. When I heard about the training project in Sierra Leone, I was happy to be a part of this story. When the unmet surgical and obstetric need in Sierra Leone was presented, and also potential the programme had, there was no doubt that the Lions in middle Norway wanted to support this project.

What was done to raise funds?

Karstein: When we agreed that Lions would support CapaCare I called Einar Tildum, responsible for the Norsk Revyfestival at Høylandet. They had experience with the concept of organizing duck races and together with the Lions club they were willing to help organize the first duck race to raise funds for the CapaCare project. In the first year we sold about 1500 tickets. Each ticket corresponded to a number on each of the plastic ducks. At the start of the race all ducks were dumped into the river and the ducks that reached the finish first received a prize. The duck race was organized four times between 2009 and 2015.

The ducks start their journey 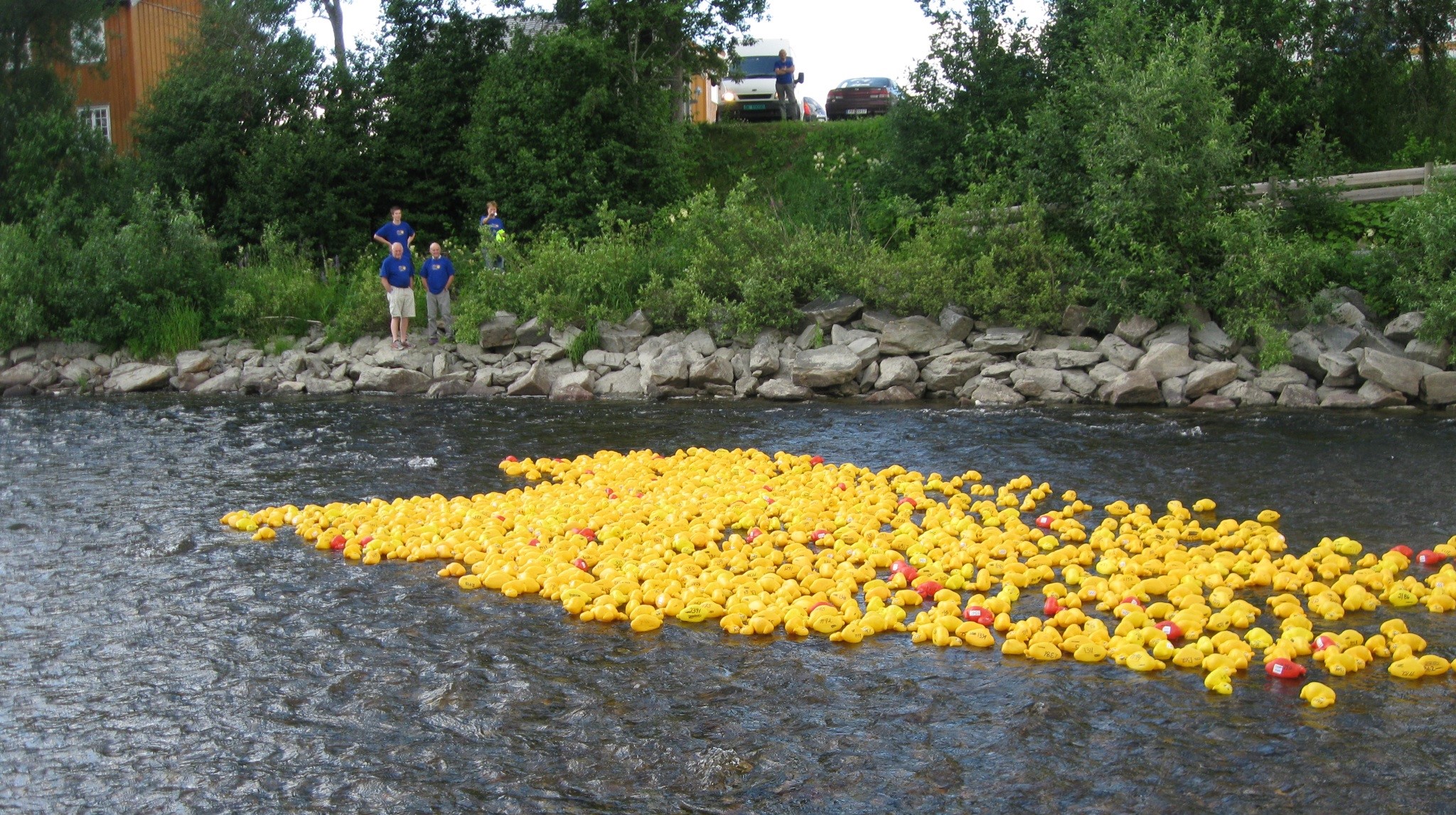 The duck race is on!

What was your motivation to spend your time and energy on this project?

Bjørn: As the responsible person for international relations, I was involved in different Lions projects in Africa; from primary schools to eye clinics. I really saw the potential in training health personnel in surgical skills to improve the care for their own community.

Karstein: Being a family member of Håkon and Ellen Judith, I hear all the stories and am happy to be able to contribute to saving lives in my own way. Having visited the project in 2015 and meeting with the trainees, I have seen the impact of the programme with my own eyes.

Do you want to share any thoughts for the future?

Bjørn: I hope that this programme will be developed further and will succeed in its mission to improve access to health services for those that need it the most. As we have seen through the west African Ebola epidemic we have seen how important it is to have dedicated surgical providers that are willing to serve their country.

Karstein: My wish for CapaCare is that the organisation will be able to train more health personnel in surgical and obstetrics skills. I also hope that the programme will impact not only in West Africa but also beyond. 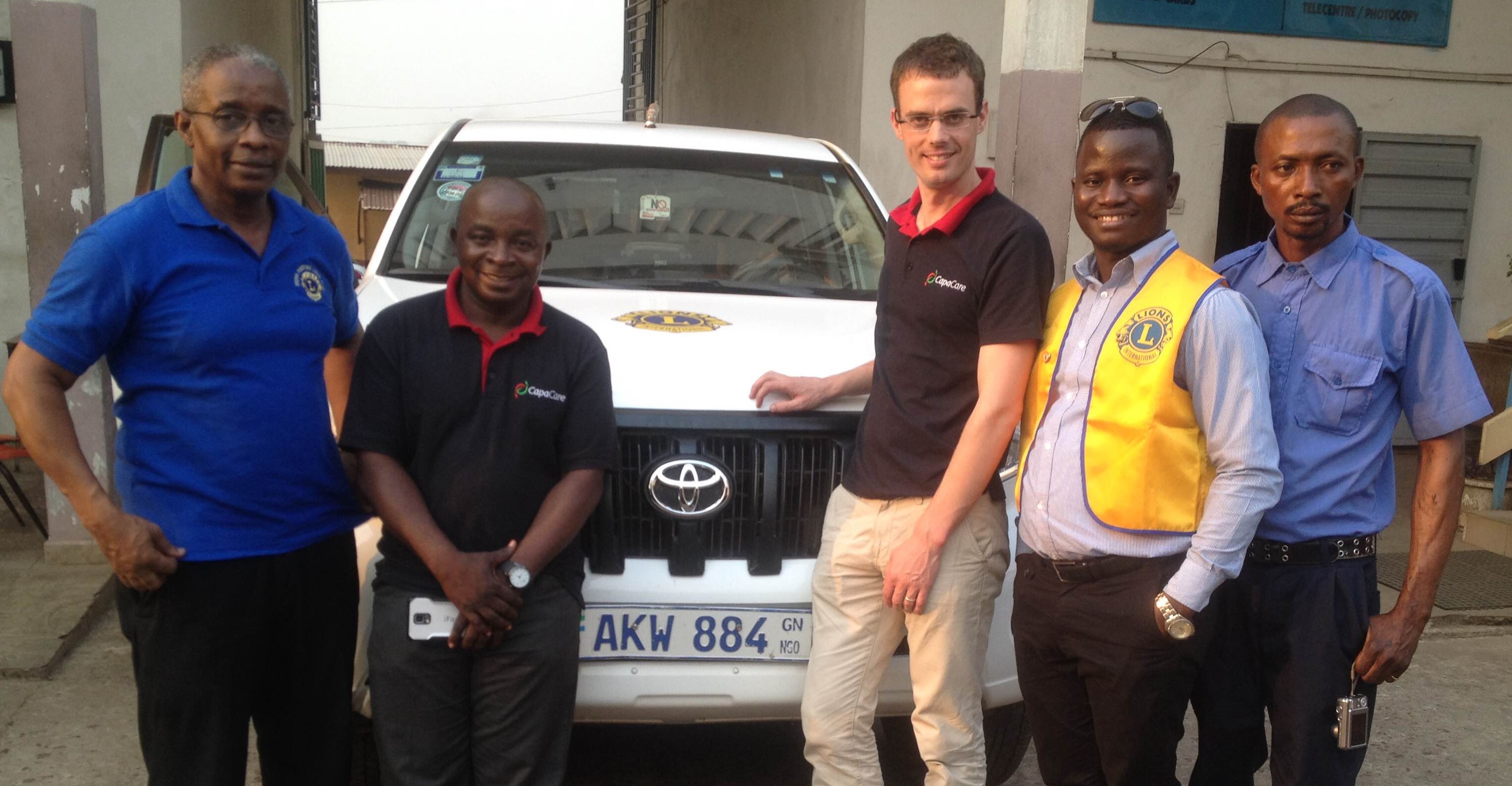 CapaCare receives the car that is donated by the Lions club 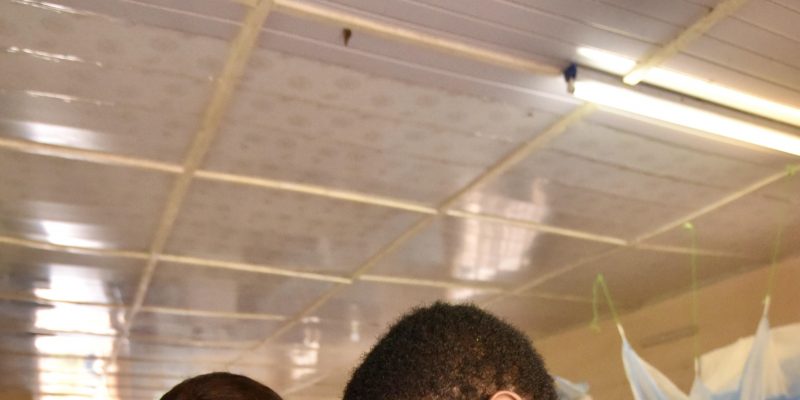 A day in the life of a STP-student Read More 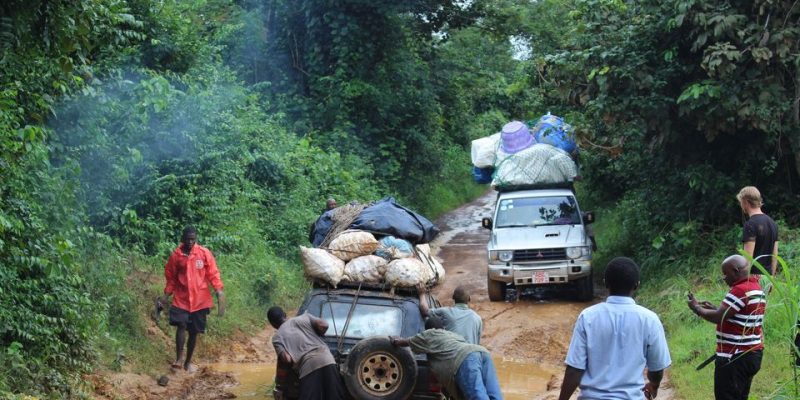 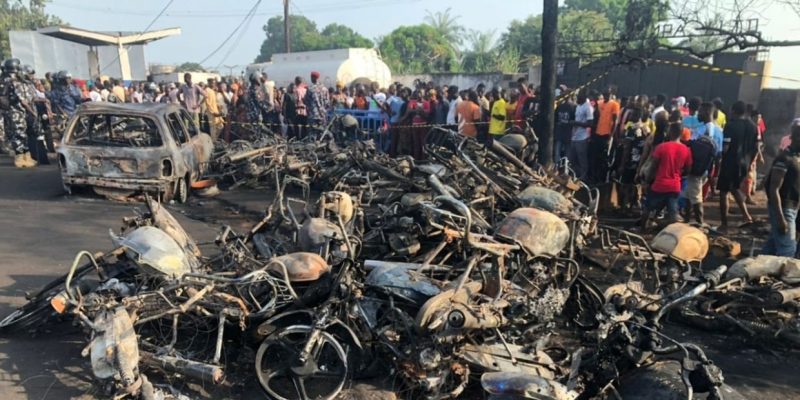 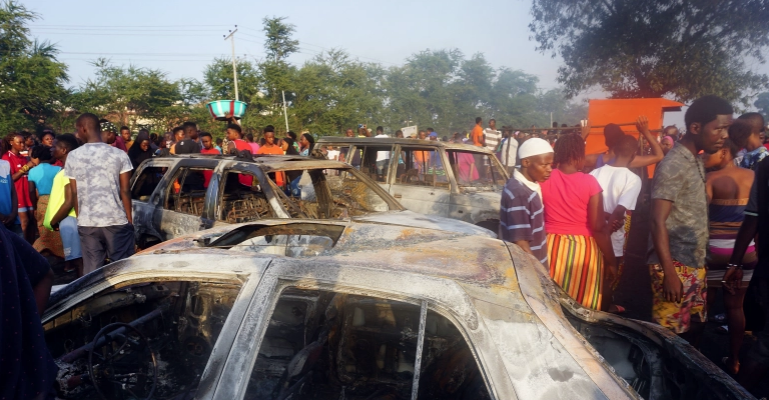 Urgent! Fundraising for the burn victims in Freetown Read More 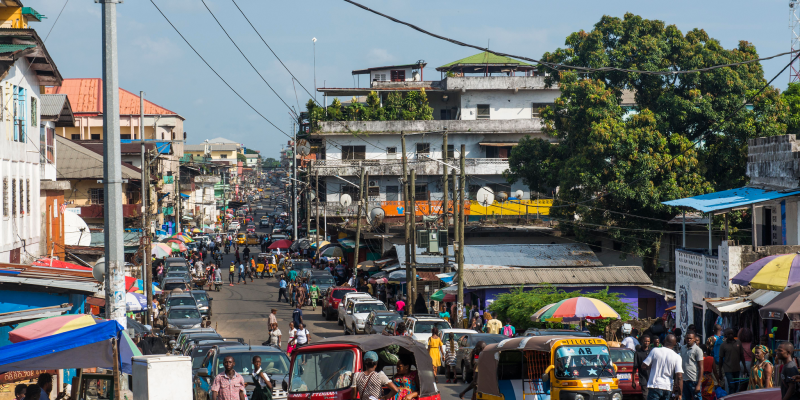 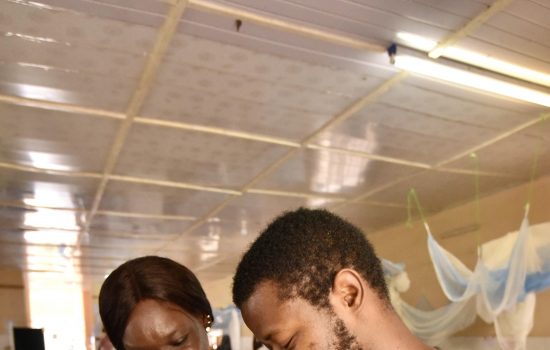 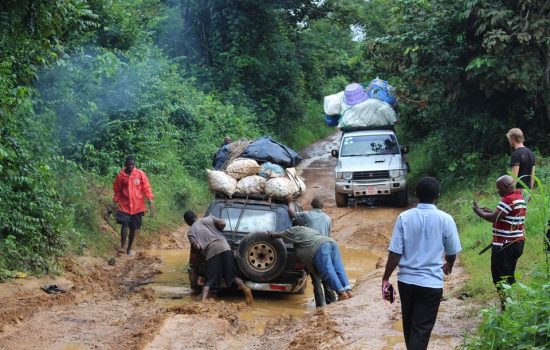 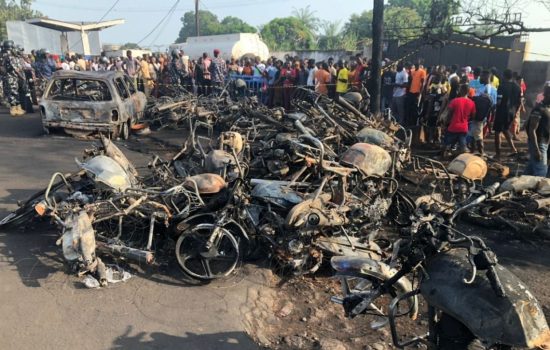 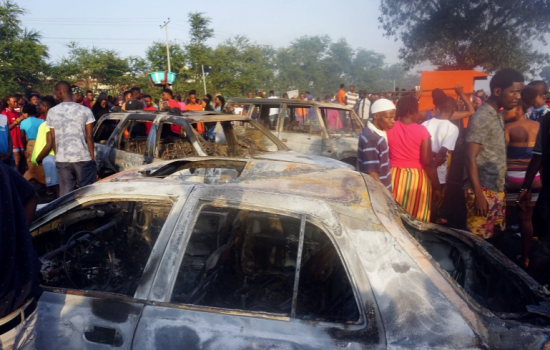 Urgent! Fundraising for the burn victims in Freetown
Admin
Nov 7, 2021